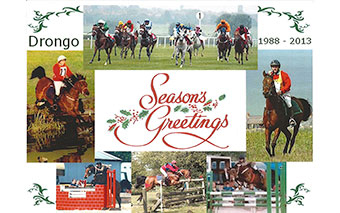 Over Christmas we received the sad news from Brian and Andrea Boulton of Joysons Hill Stables that Drongo (1988 by Dhruv x Difayah) died in November. Drongo was an example of the versatile performance Arab that we aim to breed at Biddesden: he was the winner of 7 races and became an advanced endurance horse. Drongo also had countless wins in affiliated show jumping and cross country as well as in show and working hunter classes. As a stallion, Drongo sired offspring successful in racing, endurance and jumping.