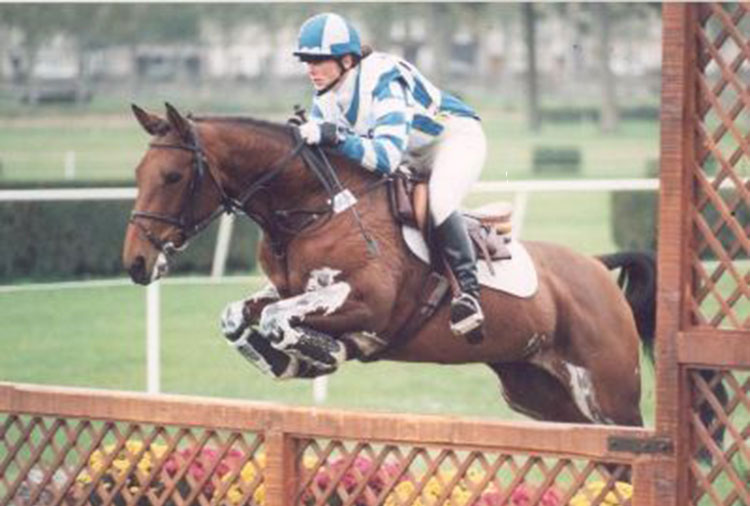 Mellita was an Anglo Arab mare by the top Thoroughbred event stallion of the day, Master Spiritus, and out of our Arab mare Darya. Mellita was a classic, showy Anglo type and had a late career, after the birth of Tamarillo, as an eventer with Diana Burgess and rose to Intermediate level over the course of just one season.

As a young mare, before becoming a hunter for Mary Guinness, she had one colt by the Part bred, Marathon-winning stallion Tarnik called Telemachus who won many prizes as a young horse and was in the process of being broken in when he suffered a severed tendon in the field. The decision was made to put Mellita back in foal to Tarnik, and Tamarillo was born in 1992.

Mellita died after she was kicked in the field and her hock was shattered.